Broadband speeds 640 times faster than 18 years ago, but what about the next 18?

Back at the end of June, Prime Minister Boris Johnson announced the establishment of Project Speed, an initiative designed to “scythe through red tape and get things done” and accelerate a widespread upgrade of UK infrastructure. Through this project, the Government’s aim is to create thousands of high-paid high-skilled jobs “with every home we make, every mile of Full Fibre broadband that we lay, with every flood-defending culvert that we dig, with every railway station, hospital or school that we build.” 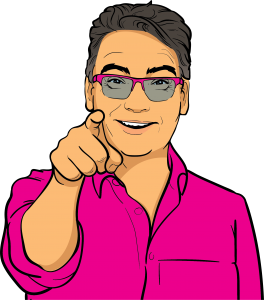 His explicit reference to Full Fibre broadband should bring cheer to all that as a country we are looking ahead. Copper has had its day. All of us who are currently dealing with, and likely to continue dealing with, the strain on our broadband know this.  We have the multiple challenges of working from home and simultaneously homeschooling. The broadband that already under pressure, falls over completely when the teenager of the house emerges at midday and logs on to the Xbox or PlayStation.  The time is past for grappling with ancient copper and unreliable broadband connectivity… Full Fibre broadband is the inevitable future for home, for work and for play.

Since the start of this century, broadband speeds have risen at a phenomenal rate, enabling a plethora of online activities that are now deeply embedded in our day to day lives. In the past two decades, we’ve transformed the way we do business and how we conduct our personal lives in ways that nobody could have even imagined 20 years ago back in 2001. To keep up with change and strive towards a better tomorrow, we need the massively improved, futureproofed infrastructure that Full Fibre broadband delivers.

In November 2001, The Office of Telecommunications (Oftel, the precursor to Ofcom) reported[1] that 10 million UK homes had internet access. Around 200,000 of these had connectivity via DSL (Digital Subscriber Line) or the Cable TV networks, whilst the remainder were clunky dial-up connections via modem. Optimistically, we can estimate that the average internet connection speed was 100kbps (0.1Mbps), although probably somewhat less. Let’s fast forward to earlier this year when Ofcom reported[2] that the average fixed broadband speed in 2019 was 64Mbps, or 640 times faster.

So what was special about 2001? It was the year when the Xbox was launched to compete in the gaming console market. In 2001 we first saw both Windows XP and Mac OS X, both big steps forward in the PC user experience. From an internet perspective, 2001 saw the launch of both iTunes and BitTorrent. Online audio and video content took their first tentative steps towards the mass market and taking centre stage in our consumer internet experience.

This massive growth in the use of the internet as a communications tool has been driven by usage patterns and behaviours that were still largely invisible in 2001. So, it is no surprise that many commentators were looking at DSL and early cable modems as being the solution to future connectivity needs.

Eve-OnLine, the first mass-market MMORPG (Massively Multiplayer Online Role-Playing Game) was launched in 2003. Facebook was founded as TheFacebook in 2004. Amazon Web Services and Google Drive launched in 2006. Dropbox, Kindle and iPhone were all game changers in 2007.  Minecraft and Bitcoin appeared in 2009.  The iPad in 2010.  Adobe Creative Could, Nest, and Siri in 2011. The Raspberry Pi in 2012 and PlayStation 4 and Office 365 in 2013. We’re always innovating, coming up with new applications and improving the lives of all around us and we fully expect that to continue going forward. Indeed, many argue that recent changes in behaviour driven by the practicalities of lockdown life – such as working from home and virtual family chats on Zoom – have accelerated the digitalisation of our professional and personal lives by several years. Look how much more we all use our broadband now compared to six months ago.

Lockdown notwithstanding, if we continue to develop at the same rate in the future as we have in the past, then by 2039 the average fixed broadband speed in the UK will be 41Gbps; that’s 41,000Mbps.  There is only one type of infrastructure that can provide the speed and reliability for these future levels of data demand – and that is Full Fibre.

Project Speed, with Full Fibre will deliver speed, and with a focus on removing accessibility barriers to better broadband, will impact employment, quality of life and the economy within months not years.

The Full Fibre networks that we at Zzoomm are building today run at 10Gbps and will be upgraded to run at 10,000Gbps in the 2030s because by then that’s what we’ll need to live life to the full on our broadband service. Full Fibre provides a cost-effective and consumer-focused solution to breaking the cycle of constant and half-baked reinvestment in massive broadband infrastructure projects when we are – once again – surprised that demand continues to rise at pace, driven by requirements, by our wants and needs, that we simply cannot envisage today because we are not there yet.  Welcome to your Full Fibre future.

Matthew Hare is the founder and Chief Executive of full fibre operator Zzoomm plc. He founded ultrafast rural fibre broadband provider Gigaclear in 2010, which was acquired by Infracapital in 2018 for £270 million. In 2018, Matthew was awarded an OBE for services to Broadband provision in the UK.