Zzoomm, the Full Fibre broadband network operator, announces that it has switched on the UK’s fastest Full Fibre home broadband service for customers in Henley-on-Thames.

Zzoomm’s Full Fibre broadband provides homes and businesses in Henley-on-Thames with download speeds of 2Gbps (2,000 Mbps) and upload speeds to match, allowing customers to stream, game, download and work at the highest speeds available in the UK today.

Zzoomm is leading the way on offering multiple services to the home through its Double Wi-Fi offerings. Two Zzoomm Hubs give customers in Henley-on-Thames extended Wi-Fi coverage across the home. Customers can work from home wherever while teenagers can stream series and game where they need to. 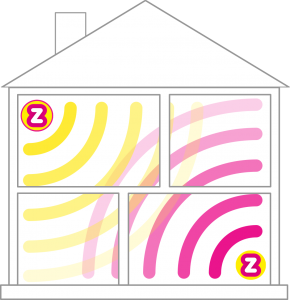 Zzoomm is designing, building and operating a new Full Fibre network where the fibre runs directly into the property. Zzoomm is building out this network in smaller towns and suburban areas across the UK where there is no existing Full Fibre network. The demand for better and faster broadband connectivity is ever-growing and Zzoomm aims to deliver broadband to homes and businesses at speeds of up to 10Gps (10,000Mbps) in the very near future.

Zzoomm’s ambition is to serve more than a million homes and businesses with Full Fibre by 2025 in underserved towns and suburbs across the UK.

“Life’s too short for bad broadband. Zzoomm’s customers can now do more, with industry-leading speeds at eye-catching prices. No more fighting over Wi-Fi or waiting for movies to download. Homes in Henley-on-Thames can now access broadband speeds of up to 2Gbps.”

“Zzoomm’s launch of Double services backed by our industry-leading speeds represents the future of UK broadband and Henley-on-Thames is the first town to benefit from this – with many towns across the UK to follow.”

Zzoomm was founded in December 2018 by experienced fibre network entrepreneur Matthew Hare OBE. Matthew previously founded ultrafast rural fibre broadband provider Gigaclear in 2010, which was acquired by Infracapital in 2018 for £270 million. Zzoomm is introducing this Full Fibre service to towns and suburbs nationally, with the first customers already connected in Henley-On-Thames, Zzoomm’s ambitions are to pass 1 million properties by 2025.

Zzoomm’s Full Fibre network is based on XGS-PON, working with Adtran to provide next-generation multi-gigabit speeds of up to 10Gbps (10,000Mbps). Adtran’s equipment supports the delivery of multi-Gigabit services to the home; future-proofing the expected increases in data demand.

Zzoomm’s home services begin with the POP! package offering 100 Mbps download for £29 per month as part of a 12-month contract and includes free installation.

Other packages offer 400 Mbps, 900Mbps or the out of this world WOW! service which provides the highest residential broadband offering in the UK with a massive 2,000 Mbps download speed for £189 per month.

Every service can choose either even more speed with a second 100Mbps full-fibre service or even more Wi-Fi with two Zzoomm hubs on the same service covering the whole home with fabulous Wi-Fi coverage at no extra cost.

All of Zzoomm’s packages are based on a 12-month contract with the ability to add additional services called Power-Ups as needed. The customer chooses what they want, not just what is available – truly revolutionary for broadband connectivity in homes across the UK.